It’s always encouraging to hear stories of what God is doing in different people’s lives.

Here’s your chance to find out a little bit about some of the people in our church and the reality of Jesus in their lives.

Read Jo Piper's Story – 'I had no interest in God’ 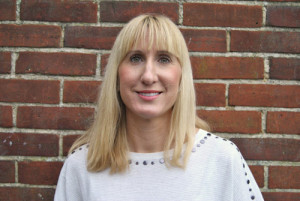 If someone had told me twelve years ago that I would become a Christian, read a Bible and actually have God in my life I would of laughed out loud! Not that I didn’t believe in God, but I always presumed that I was a good person and so when I died I would go to heaven, and to be honest I think that’s what a lot of people also think.

My Mum has been a Christian for about twenty years now and she would often say, “why don’t you come to church with me this morning?” I always managed to find some excuse to get out of it as I had no interest in God or the church, and presumed the Christian life rather boring.

God, however, had other plans.

About twelve years ago, whilst I was working in London for a travel company, my team were in the process of recruiting a new team member. We soon found our new work colleague, a man from South Africa, and being single I of course checked the new guy out (who was placed virtually opposite me) and decided there and then he was not my type looks wise and carried on with my work.

However, we got chatting and I realised he was a decent bloke and he told me he was a Christian and that he went to church. He would speak to me about Jesus dying on the cross and what it all meant and I could actually have God in my life now and about what happens when we die. Well this was all news to me! I became very curious and interested in these new facts.

I started to have feelings for this guy and in due course he invited me to his church and I decided to go along. I was also keen to hear more about Christianity! So yes, the main reason I went to church was due to the fact that I fancied this man. If God had not brought him into my life I probably would not have become a Christian.

When I came home from work one day and told Mum I was going to church on Sunday she nearly fell of her chair in disbelief. After going to church three times—and asking loads of questions—I became a Christian. It was like the penny dropped and it changed my life. I now cannot imagine not having God in my life, reading the Bible and hearing what God has to say to me.

I’ve been a member of Revival Church Billericay for about a year now, and it’s a great church to be part of. The people are very welcoming, so easy to talk to, very relaxed and informal and God is there! Most weeks there are wonderful testimonies of what God has done in people’s lives.

I am on the Welcome Team at Revival Church so if you pop down one Sunday I may be there to show you in.

Read Steve Hodgson's Story – 'I was living the life of Riley’ ’ 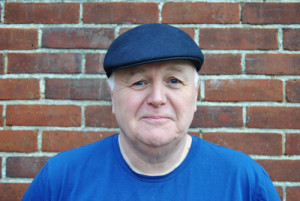 I grew up in the East End of London in the 60 and 70s it was an exciting place to be a kid but as a young man the environment was charged with alcohol and violence. At that point in time God had no place in my life or thoughts. There was no good or bad, just hustle a living anyway you could.

In 1999 I was driving a black cab in London, working twelve hours a day, six days a week, playing golf, out fishing and with my Sundays set a side for the pub. I was living the life of Riley!

And then my wife Terry started to attend church. I disliked this idea because it disrupted my Sundays.

In February 2000 she was baptised at what I used to call a ‘happy clappy’ church. I decided I needed to build a case against Christianity so I bought a Bible and started to read from Genesis (at the beginning) and ploughed on through.

My wife gave me booklet which I think it was called ‘God’s got my wife’ and at the back was a prayer of salvation asking Jesus into my life which I repeated, but immediately retracted.

In June 2000 I was invited to go to Nottingham for a cricket Test match which would mean plenty of drinking. I awoke at 4.00am and a voice in my head was telling me not to go. I honestly thought I was going mad; it was so vivid. But I went anyway and ended up drinking twenty two pints in the cricket ground then went out on the town. The odd thing was that despite the amount I’d drunk I was still stone cold sober! How was that?

A few weeks later I was sitting in my cab at 6.00am at Waterloo station taxi rank and I was reading Luke 24:30-31. I felt my temperature start to rise and I felt this intense happiness. I burst into happy tears. I had just read, ‘Then their eyes were opened and they recognised Him’.

I was weeping uncontrollably. Jesus was there in the cab with me. I was baptised in the Spirit (not that I knew what that was then).

Jesus completely turned my life around: no more working mad hours; no more drunken Sundays in the pub. Working was now an adventure telling people about Jesus. It gave me an opportunity to speak to business people, prostitutes and the homeless, telling them of the Father’s love.

I still live the life of Riley, but now with Jesus. He expands my mind on a daily basis teaching me new things about being in a relationship with Him. I know He loves me unconditionally, wholeheartedly & continually.